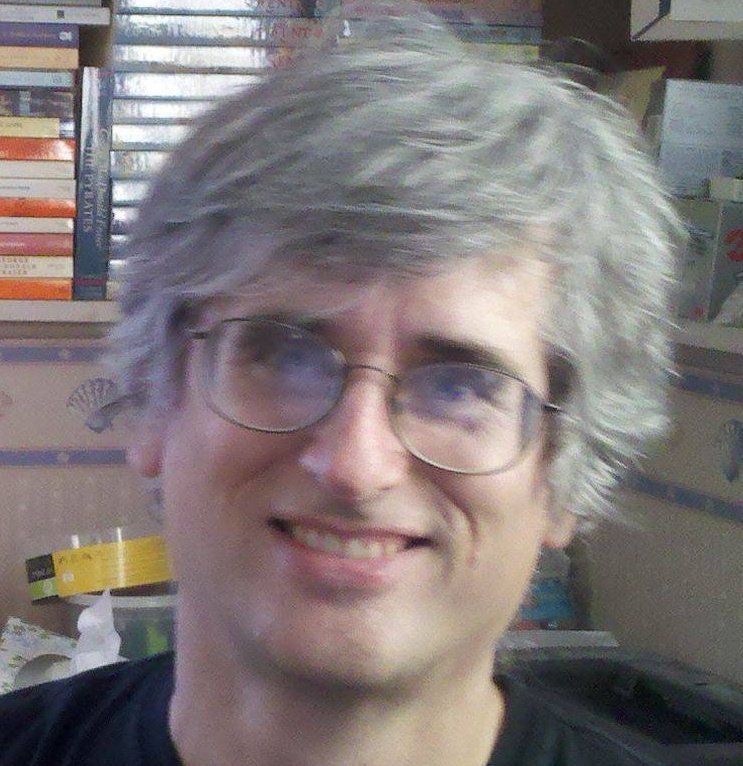 Wow. It’s been three months since I last posted here. This is a big gap! My goal is to post something every few days.

What happened in these three months?

First my kids were off school for winter break. Then we all came down with the flu. And then my life-partner, a kind and gentle man named Jan Wolter — died. The doctors said that he choked on mucus from a combination of allergies and the flu, and the choking stopped his heart. I called 911. Ambulances, police cars, and fire engines came to our house. They re-started his heart and took him to the hospital.  But, a few days later, he died. I had no idea that a person could die that way. Poor Jan!!!!!

As you can imagine, our lives have been turned upside down. As you would expect, the kids and I are sad and sorry and wish that he was still here.

But we are also doing okay. I am honestly surprised by how okay we are. I am also surprised by how, despite the awfulness of losing Jan, how little our lives have been changed.

For one, I have three kids, all of whom are limited eaters. So my cooking audience has changed quite a bit.

The youngest of my kids has autism and has been working on toilet training for a long time. After two years of hard work, in December he finally got the hang of using the bathroom consistently. But now he visits the bathroom a zillion times a day, often making four visits to the bathroom while I am cooking dinner. He is seven years old, but functions about like a two year old, so he generally needs some amount of supervision. So now when I cook, I am also multitasking between cooking and supervising a kid who behaves like a toddler and may make four visits to the bathroom while I am cooking a meal. So, after Jan died, it took a while for me to find my stride and start cooking longer meals again. For a while all of the dinners that I cooked were just the quickest homemade meals that I could make. But over time I have started branching out again into more elaborate meals too. And I am finding my way with this process of cooking while also supervising a kid — it is okay.

Still another change in my family’s eating habits is that Jan was allergic to tomatoes, onions, and garlic, so there was very little of any of those in the recipes I posted. Now that Jan is gone, I have been experimenting with cooking with those foods again. So far I have found that garlic fits right into my cooking and we are enjoying it. Tomatoes are touch-and-go, but mostly go. But onions, to my surprise, have been harder to add back in. Recently I cooked a favorite dinner that Jan used to cook, called Pasta, Beans and Greens. (I will post that recipe on this site someday — it is a great recipe: easy, yummy, and nutritious. — Update: Now it is posted!) Jan and I had been cooking that recipe without the onions, even though the original recipe called for onions. So I added onions back in. And, to my surprise, I found that I like the recipe much better without the onions! So adding onions back into my cooking is going to take some time and experimentation.

Another change in my cooking is a reduction in how much rice we choose to eat. Consumer Reports has released more articles about the dangers of arsenic in rice. It seems that the danger of rice increasing your chances of getting cancer are a real concern, especially for people who eat gluten-free and have a lot of rice in their diet. So I have been reducing the amount of rice my family eats, and replacing it with other, safer, foods.

Anyway, during the three months since my last blog posting, I have thought a lot about what to put into this next blog posting. I wanted to write a posting in memory of Jan, and something that talked about the transition my family is going through. So I decided to write about what to eat when you are too upset to eat, since, when Jan fell ill, that was how I was feeling.

Now I am okay again. I am eating just fine, and I am honestly surprised by how cheerful and happy I usually feel each day. It feels strange to be so cheerful again — I feel like I should mourn Jan’s death for at least a year. But my finding my way back to cheerfulness again makes me think of a TED Talk that I listened to recently, about how people adapt to bad things that happen to them. The speaker said that when people had a choice, they agonized over their decision and had a hard time coming to terms with it. But when they had absolutely no choice or control over something bad that happened to them, then they just adapted and went on with their lives. This TED Talk really resonated for me — it is how I feel. If I could choose, of course I would choose that Jan would still be alive. But he is gone, I don’t have a choice, and so the only thing I can do is adapt. And so adapting is what I am doing. And honestly adapting is going pretty well.

But I still want to write about how I got through the weeks when I was too upset to eat, because I experimented and learned and found my way through a really difficult time in my life, and I think that this could be valuable information for other people who are going through their own life experiences that make them too upset to eat.

Of course I don’t know if what worked for me will work for anybody else. But here is what I did:

I found that what worked for me was to cook healthy, nutritious, simple, soupy foods, such as 15-Minute Chili or Spinach Bean Soup. Storebought soup would have been fine too. When I set a soupy food down in front of myself, I didn’t want to eat it or anything else. But if I could make myself eat a few small spoonfuls, then my appetite would come back and I could eat. After the first few spoonfuls, I would find that I was hungry enough to comfortably eat the rest of the serving of food.

Will it work for anyone else? I don’t know, but I think it could.

If you are reading this because you are too upset to eat: Hang in there, and take good care of yourself. I am sending you **a long, quiet, peaceful hug** from me to you.

Farewell, Jan Wolter. You are missed.

Some of Valerie's favorite cookbooks: