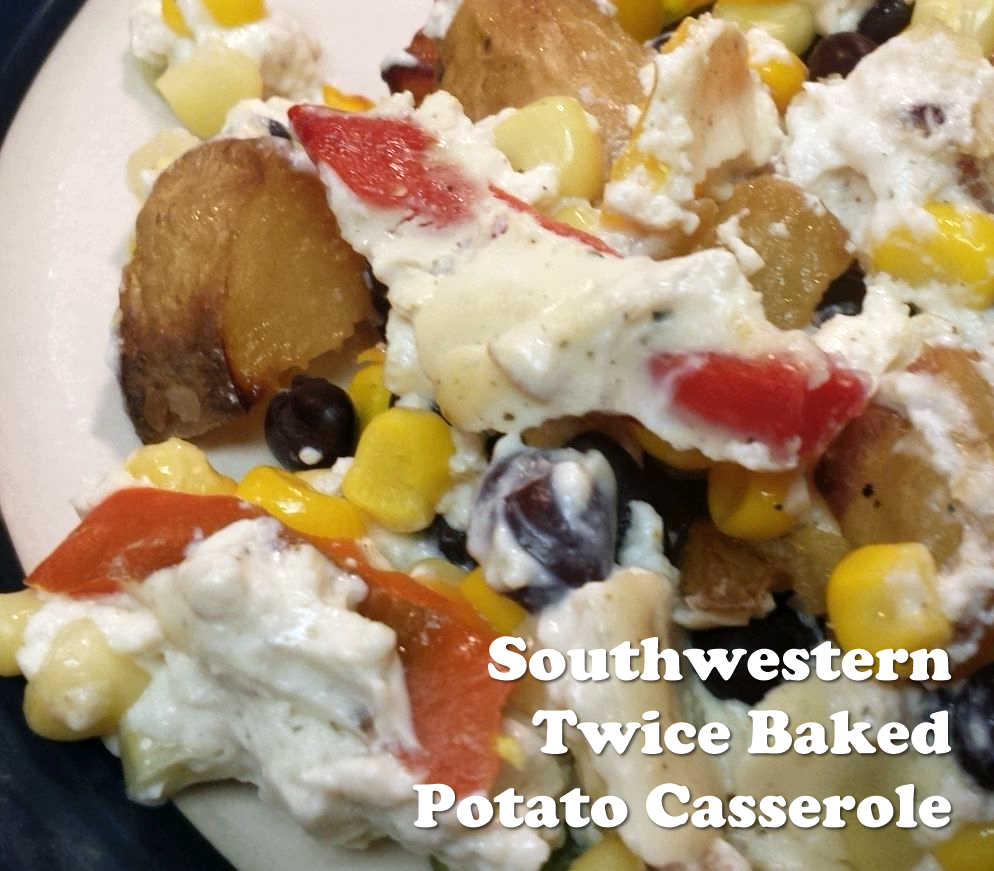 Oh my goodness it’s been a long time since I last posted here!!! I always have good intentions of posting twice a week — and then life gets in the way.

My daughter Kendra and I adore this recipe. It is my adaptation of a recipe for Southwestern Twice Baked Potatoes from the very yummy cookbook Forks Over Knives by Del Sroufe. The easiest way to chop most veggies is to cut them in half first (from top to bottom, not sideways like in this picture!), so that you have a flat surface to put on the bottom.

I have changed the recipe enough that it barely resembles the original. Actually I feel a little weird about the changes that I made, because Forks Over Knives is an oil-free cookbook, and I have added some oil to this recipe. It feels disrespectful to fundamentally change a recipe like that. It’s like taking a vegan recipe and posting that you think that you made it better by adding meat — that feels wrong to me. But I do think that it’s important to have some fat in our diet. Fat is needed for absorbing fat-soluble vitamins. Plus, research shows that unsaturated and polyunsaturated fats such as canola and olive oils are associated with healthier outcomes. So I think it is important to include them in one’s diet. The bottom layer of toasted potatoes, before spreading them out evenly.

The original version of this recipe involved baking whole potatoes in the oven, then topping them with a variety of veggies and beans, and adding a creamy white sauce on top, made from blended tofu — a bit like sour cream but much healthier. I have speeded up this recipe by dicing the potatoes into little cubes before baking them. In addition to being much faster to cook, I think this dish is easier to eat that way, too. All layers except for the sauce The whole casserole after baking

Also, I have replaced the creamy topping with a salty version of my adaptation of the house dressing from the awesome vegetarian Moosewood Restaurant, located in Ithaca, New York. Like the main recipe here, my version of this dressing has diverged very far from the original version, but it is awesomely yummy. I have also given my salad dressing recipe its own page on this website, because it is so yummy that it is really worth talking about. But I am also including it as an ingredient here. 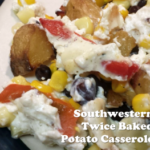 My daughter and I totally adore this casserole, made of toasted potatoes, red bell peppers, corn kernels, black beans, and a creamy vegan sauce on top that is made from blended silken tofu that tastes like sour cream but is much healthier.
Prep Time15 mins
Cook Time45 mins
Total Time1 hr
Course: Dinner
Cuisine: American
Servings: 6 servings
Author: Valerie Mates

Some of Valerie's favorite cookbooks: