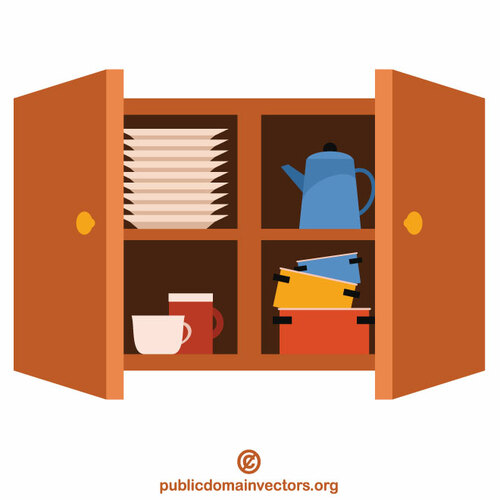 I’ve never made a posting about my favorite gadgets, but recently I’ve added some that I love, so I think it’s time.

Most of these are affiliate links, so if you click on the link and buy something, a tiny percent of your purchase will be credited to me.

1) I really love this vegetable chopper. It can cut food into several different shapes, but I almost always use it for making tiny cubes, especially with red bell pepper. One of my kids is a super-picky eater, and he finds that red bell pepper is easier to eat when it is cut into tiny cubes, plus I love that it is easy to cut food into adorable identical cubes. To cut a pepper with it, first cut it into pieces that are a little less than two inches wide. Then put one piece at a time onto the cutting grid of the gadget, close the gadget on each piece, and — voila! Tiny, perfect cubes!

Some other foods that I have tried cubing with it are: hard boiled egg (made a mess – I recommend using an egg slicer instead), celery (worked reasonably well, but then there were a lot of celery strings to clean out of the gadget), baby carrots (worked fine – just cut one baby carrot at a time), broccoli (worked okay, but the food processor is easier for this), and sliced pickles for my “N Bean Pasta Salad” recipe (worked well!). The gadget only cubes food that is already cut into slices, so you may need to slice the food first before cubing it. But that works well surprisingly often! Lately I’ve been using it about four times a week. It’s dishwasher safe, though with most foods you can just rinse it clean.

2) I am slightly in love with my automatic pasta machine. You put in the flour of your choice — which can be gluten-free and organic and healthy if you want — add water, press a button, and it kneads the ingredients and extrudes pasta. It comes with four dies to make different pasta shapes, plus you can buy more dies online to make different shapes. My current favorite die makes a pasta shape called “riccoli.” I got it at Pastidea.com – a company in Italy that makes pasta dies and ships them all over the world. Here’s my recent posting about how to make gluten-free pasta with a pasta machine.

3) I have a Cuisinart blending system that costs about $60. I once tried replacing it with a Vitamix, but I realized that I like the Cuisinart blending system so much more than the Vitamix that I ended up returning the Vitamix and continuing using the Cuisinart blender instead. The Vitamix is hard to clean in all of its nooks and crannies, and I’m not a fan of its pusher, while the Cuisinart blender has dishwasher safe pieces and doesn’t need a pusher. The downside is that its blender blade wears out over time and costs $30 to replace. But I figure I can replace a lot of $30 blender blades before my $60 blender rivals the cost of a Vitamix. I also like the Cuisinart blender because it comes with lots of different sizes of jars, for different sizes of blending job. And it does a really good job of sucking everything into its blade so that it gets mixed well. I bought several extra blades so that some can be in the dishwasher while others are available to use.

4) I am not sure it is currently available, but I adore my Braun Multiquick Food Processor. It has so many well-thought-out features that the larger brands don’t have. Like for example, the mixing bowl is sealed, so you can fill it up almost to the top, while every other brand of food processor that I have ever used has a big open hole underneath the blade, so that you can’t put in more than an inch or two of food before it starts to leak out through the hole. And the lid fits on the inside of the bowl instead of the outside, which means that drips fall back down into the bowl, which does a really nice job of reducing mess. Again, I haven’t seen any other brand that does that. As with the blender, I use this every day, or sometimes several times in a day, so I bought several extra bowls, lids, pushers, and blades so that some of them can be in the dishwasher while I use others. I am not usually very brand-conscious, but this food processor is such a well-designed and sturdy workhorse that it makes me want to buy Braun brand everything.

5) I love this Ninja Foodi Toaster Oven. It pre-heats in about a minute, which is dreamy-quick! I used to avoid using the oven in the summertime, because it heats up the house, but the toaster oven does a lot less of that, so I am content to use it to bake in the summertime. It has a lot of nice options that I don’t use very often, for air frying, dehydrating, broiling, toasting, etc., but mostly I just use it as a toaster oven. I picked it because it was the most spacious (from side to side) toaster oven that I could find, and I wanted to have enough room to bake cookies in it. I also like this square silicone sheet with edges for nonstick baking in the toaster oven and easy cleanup in the dishwasher. It’s floppy, so I use it on top of the toaster oven’s largest pan, to support it.

6) These inexpensive silicone soap dishes with a drain are doing great at keeping my family’s bars of soap dry. I have some similar ones that don’t have the ridges in the middle, and these work much better! The ridges really get the water to drain out, to keep the soap dry. I currently have four at the various sinks around my house, and I am thinking about adding more.

7) My older kids and I have Ting cell phone service. It costs about $14 per line per month. The cost depends on how much you use it, so if you are a heavy data user it may not be right for you. Back in 2013 my old cell service cost $75 per line month, so Ting is dramatically less expensive. I’ve been using Ting since then. It has been super-reliable. And their tech support people are really good. Other companies offer you a phone at a steeply discounted price and then charge you a huge monthly fee, so that you end up paying a lot of money over time. With Ting you do pay for your phone, but then the low cost of service means that you come out ahead in the long run. In my first two years with two Ting phone lines, I saved about $2,000. I didn’t realize that cell service adds up to that kind of money, but lowering your bill can really save money.